He remembers how he got here. I don't. I'm not sure I ever asked, but through time, patience, and persistence, his name became a familiar one to me. Emails winged back and forth between Australia and the States on a slow, irregular basis, until eventually they were anticipated and savored things. At some point, I took for granted that from time to time, Lukas's name would pop up in my inbox, with updates and thoughts and reactions.

The internet makes an improbable friendship possible. I saw family photos from his long-ago trip to the States. I sent postcards from random trips. We joked about visiting, but it was the kind of thing that couldn't really happen. Time, and miles, were demanding mistresses. It was not a trip that could be accomplished in time for tea; it was a someday thing, a maybe-if, which we both joked about but never really planned for.

As I write this, he is plopping down on the other side of the couch with the satisfied sigh of someone who has just put dinner on to cook, and has a few minutes to kick off shoes and prop up his feet while dinner finishes making itself. It is possibly the most improbable thing I have ever done, but I can confirm that after at least twelve years of emails and postcards, he -- well, he is, and he is exactly the person I've slowly gotten to know over the past twelve-ish years.

Earlier this year, as my life began its slow and inexorable slippage from its previous axial tilt, it was a small band of determined Australian coworkers who encouraged me to consider the insanity of boarding a sixteen-hour flight to Australia. "Come away," they said in scotch-laden voices. "You've always wanted to. You should come see." They were scattered throughout the country -- Adelaide, Canberra, Brisbane -- but I found myself looking further south and thinking, "I have to start somewhere else, first."

As I started zeroing in on a timeframe for Australia, I thought the same thing over and over: "My coworkers were the ones who pushed me into making the trip a reality, but Lukas has been waiting for a long, long time." When it came time to book my flights, there wasn't a question in my heart; I'd go to Melbourne first, for the oddest of reasons: I had an old friend that I needed to meet for the first time.

Yesterday, we drove along the bay, me cringing a little at the left-leaning roundabouts, and watched the bay's tide thrash over the rocks. We drove further down, closer to open ocean, and headed for sand. I had only intended to stay for a moment, a sentiment even I should have known better than to think, and laughed when he caught up with me and said, "So why aren't you taking your shoes off?"

A simple thing: two friends carrying their sandals in their hands, walking in reddish, rough sand as the waves sloshed closer to their feet. I looked over the water, and thought about the half-world's worth of water that separated me from my home, and we talked. We'd had a day or so to acclimate to each other's presence, but there's no uncertain oddity in two old friends having one of their very first face-to-face conversations.

I carried my camera gear on my back, and shot virtually nothing. It's rare for me to say that photography would distract me from the conversation, but the conversation mattered more. These conversations waited well over a decade to happen; how many chances in this lifetime will you have to connect face-to-face for the first time with someone who witnessed, from afar, every major event of your adult life?

Even I know when to put down my camera. 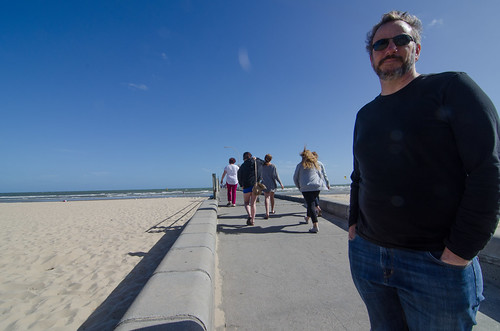 Eventually, we'd walked as far as we needed to, down the beach, up the pier and back, and donned our shoes and vehicle again. He drove the unfamiliar streets back to his home, and on the last turn back to his house, he turned to me with a look of amusement and, perhaps, wonderment, and said: "I'm at [the intersection closest to my house], and Amy is sitting in my car next to me."

It took us long enough to become Real, and a lot of sad events, but it has happened, and I am grateful. Better that we finally met, instead of continuing our Charing Cross Road of someday plans. Photos will come, eventually, but for now we have a lot of catching up to do. 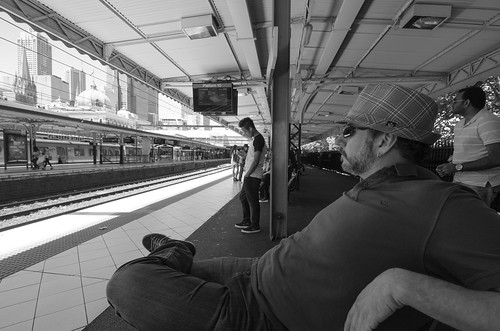 (from the original Muppet Movie, at http://www.metrolyrics.com/back-there-lyrics-muppets.html)

This looks familiar, vaguely familiar,
Almost unreal, yet, it's too soon to feel yet.
Close to my soul, and yet so far away.
I'm going to go back there someday.

Sun rises, night falls, sometimes the sky calls.
Is that a song there, and do I belong there?
I've never been there, but I know the way.
I'm going to go back there someday.

Come and go with me, it's more fun to share,
We'll both be completely at home in midair.
We're flyin', not walkin', on featherless wings.
We can hold onto love like invisible strings.