An odd realization: this blog, as of today, is ten years old. I'm not sure I ever expected it to hit this mark, given that I've been pretty quiet the past couple of years, but it seems to be finding its footing again as a place I can show photos of what quilts I've been working on.

Much has changed in ten years. It's chronicled my shift from early 20s to early 30s. Births, deaths, and everything in between. Somewhere along the way my cats went from peppy youngsters to opinionated middle-aged brats. I'm totally okay with that. After all, Tenzing and I have learned to compromise. 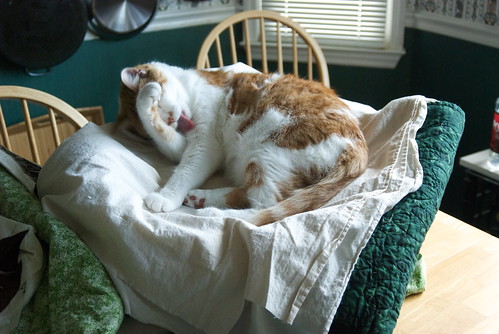 There are no giveaways, no fanfare. I'll just embed a couple of youtube videos to answer the question a few people asked: who is this Josh Ritter person you saw in concert this past weekend? 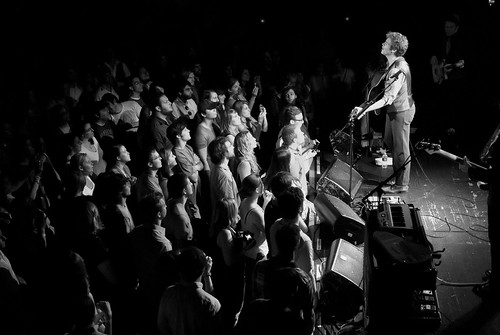 Picture this as a late-set crowd favorite in a venue seating 350, where everyone's been waiting for it:

His drummer is a puppeteer, and contributed this video for "The Curse" to Ritter's latest album:

An acoustic version of "The Temptation of Adam," a song about love in a bomb shelter. No, really.