Poor cat.net. She's been rotting due to me having massive, twitchy privacy issues. I'd like to talk here, but I'm just not sure it's a good idea for lots of reasons, so I just shut up and stay shut. For, uh, months at a time.

For those of you who pay attention on the sewing front, I've been a teense worn thanks to me putting in more hours than I should at work, but I'm hoping this is not a permanent thing. It means I've had little to show, but I do still sit down to the machine when my brain hasn't melted after a workday.

It's a choice, though -- I've made work a priority for now, and it shows.

However, Jacob was here recently, and I feel like I can brag a little -- another friend of mine got bitten by my hobby. Though, I should say, he got bitten quite some time ago. He's been my partner-in-crime for quite some time where quilt planning is concerned, but had never tried his hand at sewing.

He took up English paper piecing at my encouragement, and started making these incredibly intricate, delicate, and spot-on-accurate potholders: 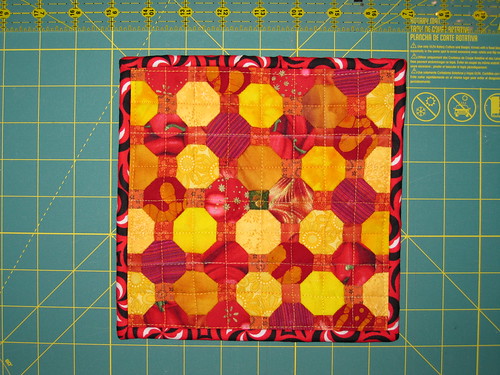 before working his way up to a bigger project -- quilts for his daughters. We've been fabric shopping in a few cities together, he and I, and if his daughters were with us, we would let them each pick out a fat quarter or two. At first they didn't think much of it, but as their stashes grew, the girls would pull out their fabrics and throw them around and play with them.

Then their daddy got a quilt. Or, I should say, Jacob got a quilt, which his children promptly commandeered: 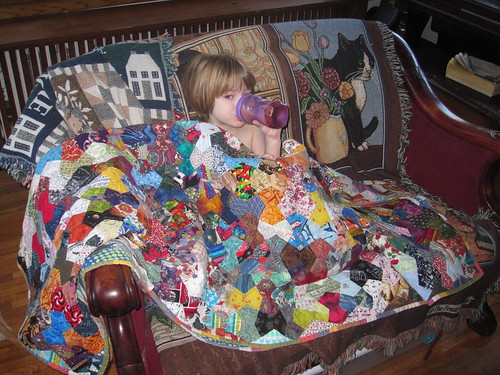 Evelyn under PP
by Jacob Hugart.

So we let the girls pick out patterns, and his older daughter Zoë chose a design, which Jacob worked up with her fabrics: 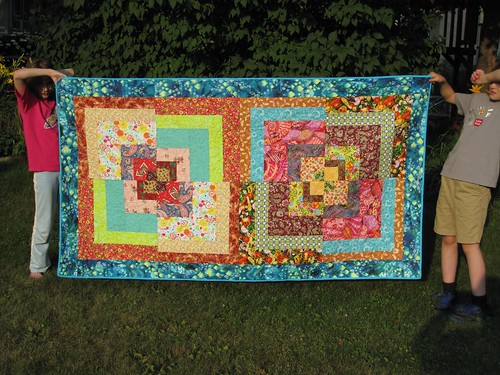 and we arbitrarily chose a design for Evelyn's fabrics: 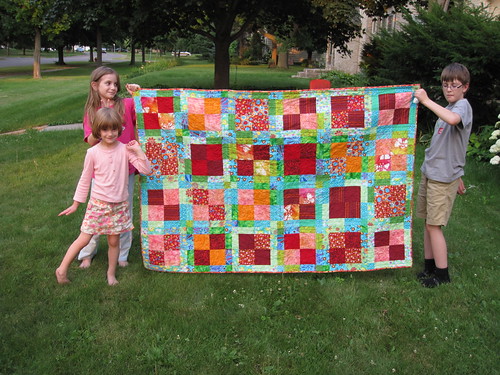 I did the assembly on Evelyn's, which we're calling "Red Queen," and did the quilting on both of those. I have been busy ... just not on my own projects.

I'll have time again. These things are cyclical. Work will calm down, and I'll feel more inspired to sit and sew ... but oh yeah, there's that little matter of a trip first.

Anyone got any suggestions for fabric shopping places in Europe? Specifically Munich, Lyon, Copenhagen, Amsterdam, or London? (Yes, I'm already hitting up Liberty and Shaukat in London...)